How do I help my child live well with Type 1 and avoid diabetes burnout? 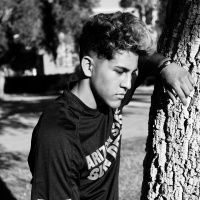 How do I help my child live well with Type 1 and avoid diabetes burnout?

How do you persuade a 16 year old to manage his type 1 better when he’s burnt out from 10 years of living with a pump? Elissa’s second eldest son, Billy shares his insight

I was diagnosed with diabetes around the same age as your son and I am also on an insulin pump, so I understand the pressures and feelings he may be going through right now. While everyone is different in the way they feel and how they handle their diabetes, the teenage year (particularly the 15-17 age bracket) can be difficult times. I was lucky enough to cope okay, but I’ve found a teenager’s self-esteem plays an important part in the way they manage their diabetes.

People can be very curious when they see you pricking your finger to test your BGL and, while this isn’t necessarily a bad thing, it can make a self-conscious teenager feel nervous, awkward or embarrassed. They might then stop testing to avoid attracting attention – as people can stare or ask questions. In my experience, once others understand a bit about diabetes and why your son is testing his blood, 99.9 per cent of the time it becomes ‘normal’ and his friends and schoolmates will barely even notice.

There seems to be a lack of awareness and knowledge in schools about diabetes, so I would suggest your son talks about it with his friends and teaches them a little about it. If he can help them understand the daily challenges he faces, they will realise the importance of testing so he can use his pump effectively and avoid risky highs and lows. Being open about it should overcome the embarrassment issue, plus help in a severe hypo situation.

As for trying to motivate your son to test, if rewards aren’t working then maybe try a different approach – help him realise what he stands to lose if he doesn’t control his diabetes. When I say this, I definitely do not mean making diabetes sound horrible or having a negative approach – it’s extremely important to have a positive attitude towards living with diabetes as it makes the daily management seem like less of a chore. Having diabetes shouldn’t stop you from doing anything at all.

If he has a few close friends, or a girlfriend, perhaps it’s worth having a talk with them and asking them to encourage him as well. I’ve been with my girlfriend for over a year now and, as corny as it may sound, she’s had an unbelievably positive influence on my life and management of diabetes, so much so that in the past year alone my HbA1c has dropped considerably. From a teenager’s point of view, there’s only so much a parent can encourage them to do, so if someone else close to your son can encourage him to better control his diabetes, it might just be the motivation he needs to turn things around.