My teenage son had a bad HbA1c result for the third time in a row. His doctor wants to take him off his insulin pump but I’m unsure. What’s your opinion?

I recently heard from another parent with the same issue. Her teenage son goes to the clinic every three months and was warned during the last couple of appointments that if there was no improvement with his HbA1c, they would put him on needles until his levels came down. During the consultation, the specialist reviewed his insulin pump history and the mum was horrified to discover that her son had lied when he’d said he had input 60 grams of carbohydrates for the lunch he had eaten the previous weekend. Clearly, he hadn’t. When she asked him why he’d lied about it, he said, ‘I couldn’t be bothered pulling out my pump and pushing the buttons’ (which takes five seconds). That says to me that he isn’t coping with his diabetes. Diabetes burnout is very common, especially in teenagers. If he was my son, even though I’d be frustrated, I would try to find other ways of supporting him before taking his pump away. Parents are major players in their child’s diabetes healthcare team, and teens aren’t ready to shoulder all the responsibility of managing their diabetes. All kids need support, whether they are 10 or 22 years old. For example, consider having him see a psychologist to work out why he isn’t using the pump properly. Or monitor and button-push for him for a week or two while he takes a ‘break’ to lift some of the load.

After being on an insulin pump for five years, taking him back to 4-5 injections a day is a bold decision. If he isn’t pushing pump buttons, what makes his healthcare team think he’ll do the right thing with needles? Needles put a huge extra workload on families, while pumps do this work automatically, offering all-round better control. When kids go back on needles, parents tend to step in and offer a lot more help in working out the insulin doses required. If parents offer the same amount of time and energy in supporting the child while he’s on his insulin pump, his HbA1c would just as likely improve.

The real question is, if this boy’s HbA1c goes down by the next appointment, is it because of the needles or the extra support? I’m quite a tough parent – if the kids don’t manage their diabetes correctly there will be complications, so I put consequences in place. If they’re not going to test and push buttons on their insulin pump, they don’t get to do the things they love, like go to a friend’s place.

I feel that taking a kid off the pump could be a step backwards, not forwards, in optimum diabetes management. 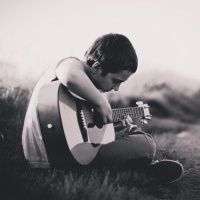 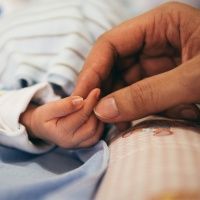 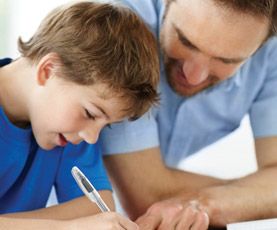 Coping with a Type 1 Diagnosis 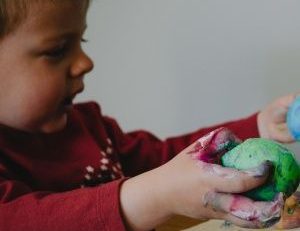